There are many options when it comes to domestic and commercial heat pumps..

An air source heat pump will generally be stored outside, at either the back or the side of a property. It absorbs heat from the air, which is transferred into a fluid. This fluid is then passed through a compressor and the temperature is increased. This hot fluid is then sent into the heating and hot water circuits in the property. Other types of air source heat pumps similarity extract heat from the air, but this heat is then compressed and released into the home through warm air convectors or fans.

Heat pumps generally use less electricity than the heat they produce. Unlike gas or electric boilers heat is delivered at a lower temperature over a longer period of time. To heat your home over winter you may need to have the heat pump on constantly. Radiators may also not feel hot to the touch compared to using a gas or oil boiler system.

Air-to-water heat pumps take air from outside via electric heat pump. This air is then compressed – raising it to a high temperature, which turns the water hot in the wet central heating system. Some of the hot water will then be released into your radiators. The remaining hot water is stored and can be used for hot baths and showers etc.

Air-to-water heaters are great for things such as underfloor heating and large radiators, as the heat is released slower over time.

Air-to-air heat pumps also take the air from outside. The heat pump then warms up the air and is circulated around your property via fans. 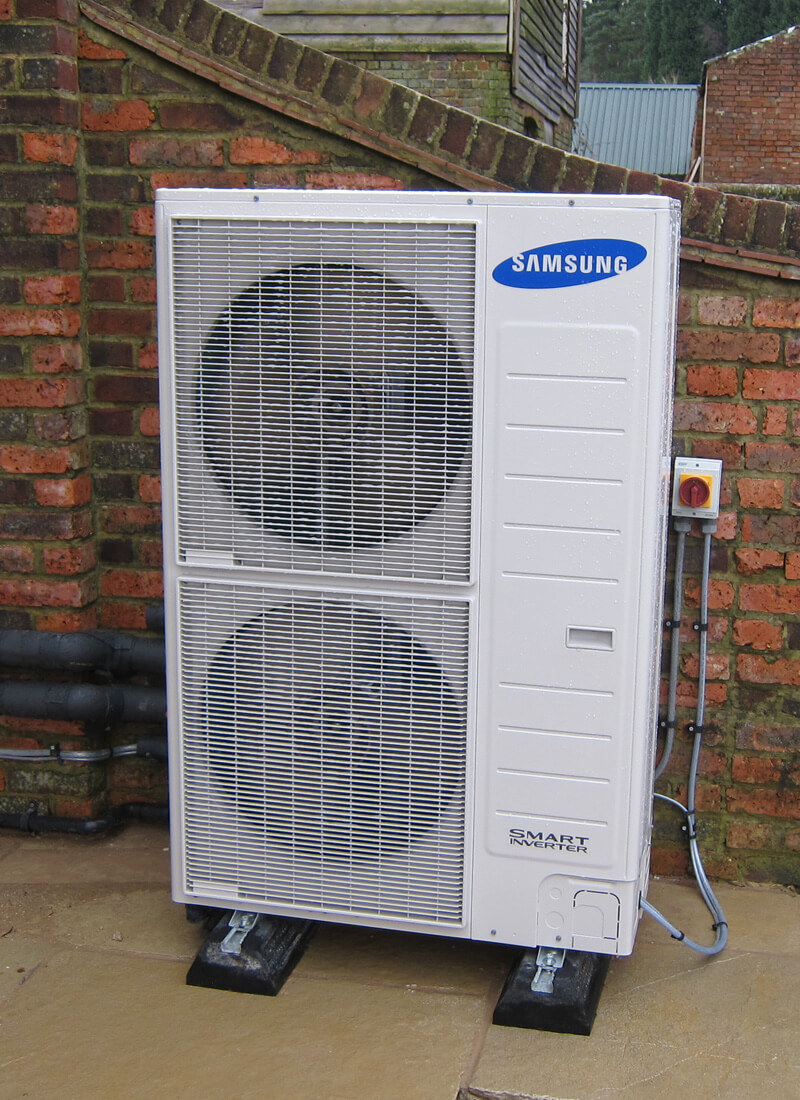 Thanks to the Renewable Heat Incentive (RHI), the government are funding people who choose to install heat pumps in either their domestic or commercial properties. Due to this you could start seeing the benefits of how much you can save after installing an air source heat pump much quicker! The general payback period of the systems depends on the efficiency and type of heating system you’re replacing. (RHI does not fund air-to-air source heat pumps.)

Average saving for a four-bedroom detached house, according to EST:

Air source heat pumps are more economically friendly as they are a renewable source of energy. This could help lower your carbon footprint and help save the planet. The amount of CO2 you save will depend on what type of fuel you are replacing. For example, if you are switching from electric heating you will use a lot less CO2 than if you’re switching from natural oil.

Heat pumps will produce some CO2 emissions as they require electricity to power them. But this will be much lower than conventional methods of heating, and heat pumps are generally extremely reliable.

Is an Air Source Heat Pump Suitable for You?

Where Are You Going to Put It?

You’ll need enough space outside of the property so that the unit can be fitted onto the wall or placed on the ground. To get a good flow of air around, there will need to be plenty of space around it. Somewhere located where the sun is going to hit will see you get the most out of your air source heat pump.

Is Your Home Well Insulated?

Air source heat pumps work better when the heat is produced at lower temperatures. Therefore, it is essential that your property is draft-proof and well insulated in order to get the most efficiency out of your heat pump.

What Fuel is it Replacing?

If you’re replacing an electric or coal heating system, then the heat pump could pay for itself pretty quickly. However, if you are trying to replace a gas heating system it will take a lot longer to truly reap the benefits, and it may not be the best option for your home.

What Type of Heating System?

Air source heat pumps perform better with larger radiators and underfloor heating, rather than smaller radiator based systems. This is due to the overall water temperature being lower.

Is the System Intended for New Development?

The cost of installing an air source heat pump could be reduced if you combine installation with other building work. 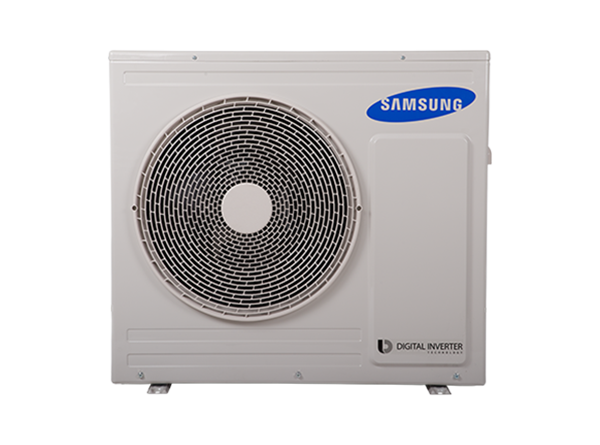 To get the most out of your air-to-water heat pump you should consider underfloor heating. If this is not possible then it is recommended to use large radiators. This is due to the way the heat is generated. The heat produced is not as high as that of a conventional boiler so requires a bigger surface area to have the same effects.

Savings can be increased when replacing electric, oil, LPG, or coal systems, rather than gas.

Air-to-water heat pumps may be better suited to new-build properties. This is because the costs could be reduced if the heat pump is included as part of the buildings specification. Rather than having to install underfloor heating later on.

As with any form of central heating, good insulation is imperative to truly see the benefits of an energy source. Especially the savings you will get from a renewable heat source.